The European Rail Freight Line System (ERFLS) Action, developed over the years 2015-2018, successfully investigated the feasibility of the concept of liner intermodal freight trains that make several short stops at a system of terminals along the Rhine-Alpine Corridor, where intermodal units are loaded or unloaded much in the same way as passengers get on and off intercity trains at intermediate stations.

ERFLS was co-financed by the European Union under the Connecting Europe Facility.

Project partners:
Province of Gelderland (NL), University of Duisburg-Essen (DE), Municipality of Lahr (DE), SiTI Turin (IT) and Uniontrasporti (IT) 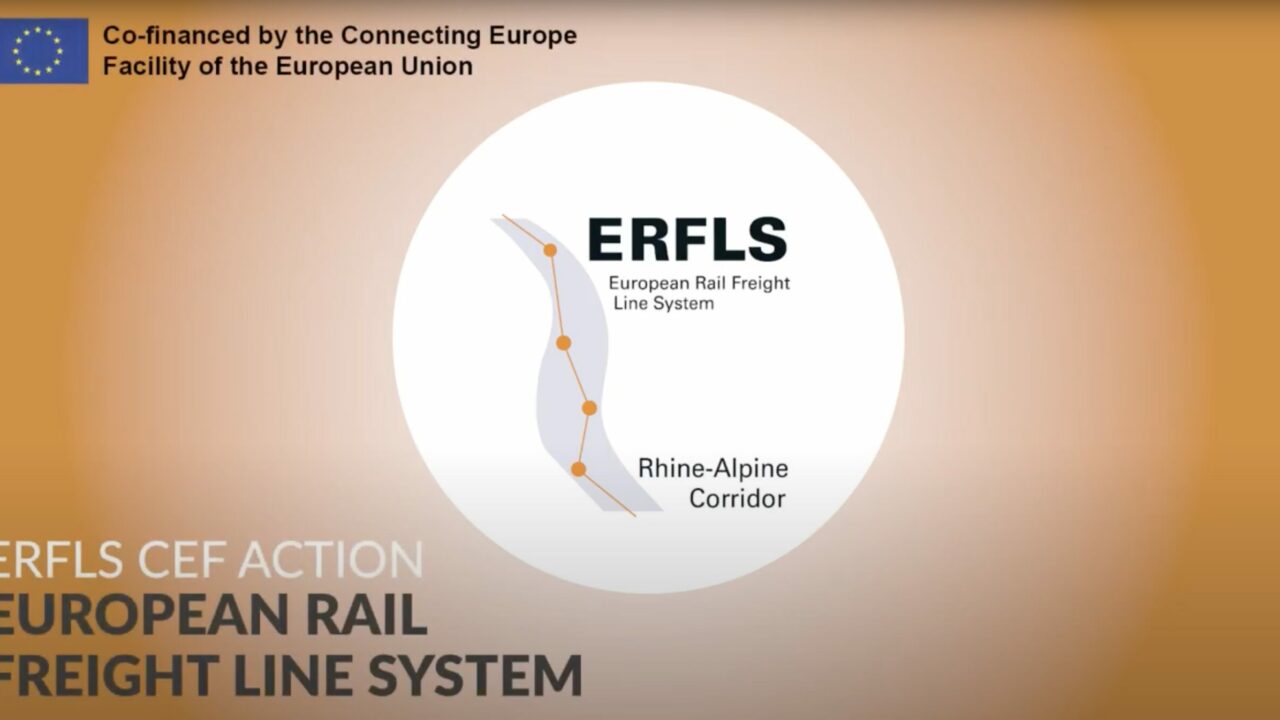 Problems that hinder rapid growth of rail freight traffic on the Rhine-Alpine Corridor:

The European Rail Freight Line System is an intermodal freight transport concept based on block freight trains travelling according to a regular timetable along a corridor, picking up or leaving intermodal units at intermediate points between their departure and arrival terminals. Both the working of the trains and the way intermodal units are loaded and unloaded aim to resemble the operations of intercity trains for passengers.

The difference between ERFLS and a conventional intermodal service is that with a conventional intermodal service concept, a block train is loaded completely at origin, and unloaded completely at destination. With ERFLS service along a corridor, trains run to a regular timetable and call at several terminals. Each time the train calls at a terminal, containers destined there are unloaded whereas containers for terminals further along the way are loaded on the free slots.

An important element of the concept is that it is intended to be operationalised already building on current practices and current terminals, introducing a set of modifications as limited as possible. This is so also to ensure that the ERFLS terminals or smart terminals may be used also by conventional intermodal traffic.

Furthermore, ERFLS is a concept that applies to trains carrying any kind of intermodal transport units: containers, swap bodies, semi-trailers.

Smart terminals are the cornerstone of ERFLS. They have layout and operational practices allowing for direct entry and exit of trains as well as for dwell times of intermodal trains as short as 2 hours. This compares to dwell times of 4-8 hours that are current practice. Smart terminals also have optimised road-side operations and exchange operational information among them through the ERFLS telematics systems.